I can’t believe that Claire is going to be a year old in three months! It’s a very weird feeling – to feel like time is going by so quickly but, at the same time, like Claire has been here forever. We fall more in love with her every day and are so entertained by her silly personality.

Claire had her first cold right after she turned 8 months old for 3 weeks or so. She had a constant runny nose, big cough, and a fever. We even called the on-call doctor one evening because she had a 102.4 fever and we were freaking out after she threw up twice. She ended up being okay and we are so happy she’s feeling better. 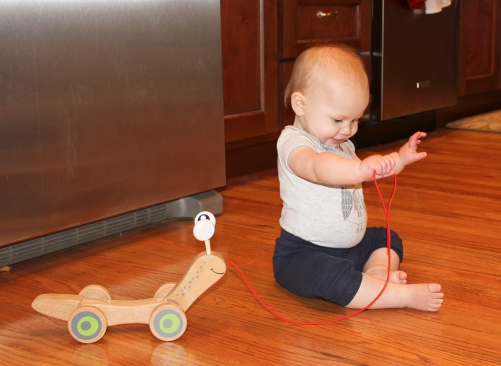 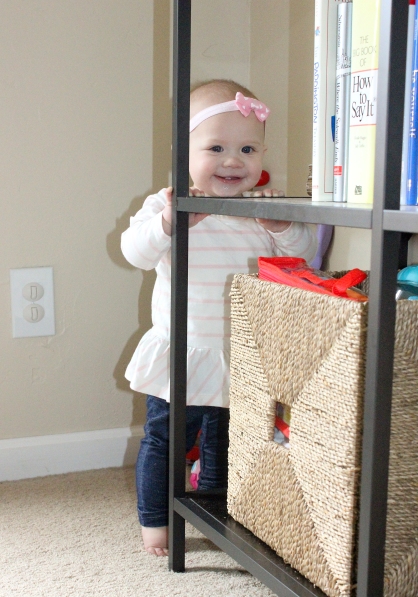 And there you have it! I really cannot get enough of her and miss her every moment that I’m not with her. We still can’t believe we made such a beautiful and perfect little girl.

Next up, we’ll be focusing on planning her birthday party in May. 🙂