Where do I even begin?? Well, when I thought about how Claire was turning 6 months old on Saturday, I got a little emotional and teary eyed. I can’t believe we’re already halfway to 1 year old! This age has been so fun with her starting to crawl, scoot, sit, babble, and laugh (she only really gets going if she’s laughing at Zoe). I find myself not wanting to put her down to sleep in her crib when she falls asleep in my arms or, actually, whenever she’s feeling snuggly. We just love when she wants her mommy and daddy and try to soak up every moment.

CJ and I were talking the other day about how we need to be better at putting her down in her crib for naps. She’s been in so much pain lately with teething that she’s having trouble falling asleep without us. We’re trying so so hard to be more strict about the sleep routine but then again, we just want her to sleep and sometimes she won’t fall asleep without mommy or daddy nearby. I commented on how I always thought that I would be more strict as a parent and his reply was, “You’re a big softy”, and to that, my reply is… Yes, yes I am. 🙂 How can I not be when I’m looking at such an adorable little face?!?!

Here’s a summary of what 6 month old Claire has been like lately: 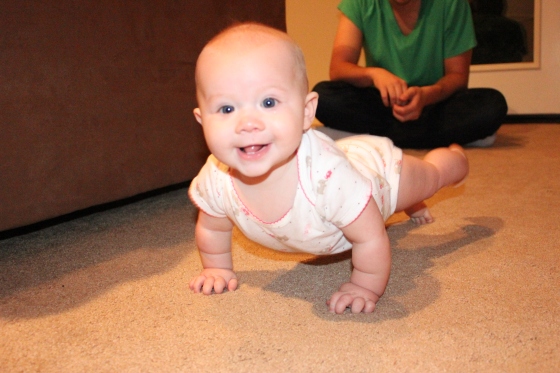 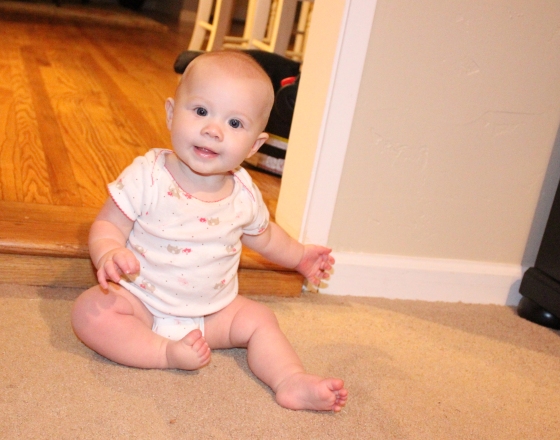 So that’s a summary of our little 6 month old! We are constantly amazed at how quickly she’s developing and becoming her own person. We love her SO much and are so thankful to have her as our daughter.