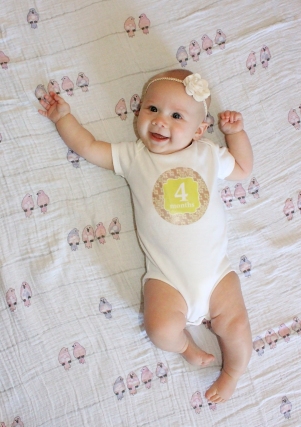 I feel like I start this post the same every time but we are falling more and more in love with Claire. She is so cute and adorable that we can’t get enough of her. She is constantly making us smile.

Other than that, I’m reminded every day how lucky I am to be the mommy of such a little angel. She really is the best.

One thought on “4 Months Old!”